Is this digital port of Hey, That’s My Fish! the catch of the day or a simple no way!

Hey, That’s My Fish! is a simple tile collection game which has so few rules it can be taught and played in under 5 minutes which makes it a great game for kids, people looking for a light starter and simpletons like me. Each player places their two penguin tokens on tiles which have 1, 2 or 3 fish on them. On a turn players will move one penguin in a straight line and settle on a new tile; the tile they left from is removed from the board and added to the players pile. This continues until no penguins can move anymore and the total number of fish shown on the tiles are counted and the player with the highest number of fish declared the winner.

That’s everything, move penguin, collect fish, try not to get separated onto your own small island. It’s super short and simple so is it fun enough to deserve a download?

Looking at the presentation of the game, Hey, That’s My Fish! adopts a very childish cartoon style, if I’m honest it reminds me a little of the little internet based games I used to play in the early 2000’s. The art style is a little dated for my tastes and misses some of the charm of the physical board game which comes with some cute penguin miniatures. I can see why the developer has gone this route though, and that’s because of the target audience for Hey, That’s My Fish is clearly younger players. The theme, simplistic gameplay and basic options and menus all demonstrate a skewing towards kids.

Having said that it doesn’t mean the game can’t be fun, just don’t expect to see the depth of tactics as you’d find in other similar games geared towards adults. Playing against other seasoned board gamers can lead to some pretty interesting back and forth’s as you attempt to send your opponent’s penguin adrift on their own tiny iceberg island while you roam free snapping up all the fish on the mainland. There definitely is fun to be had with this app as a palette cleanser or as a warm up to a more tactical game as well as just something fun to introduce to your kids to get them started in the world of board gaming.

You can play with up to 4 human players on one device or against up to 3 AI ranging from easy to hard. The AI is actually pretty good and the hard AI will provide a challenge for even the adult players which is nice; but thankfully the easy AI is forgiving enough for the target audience to not feel hopeless.

Hey, That’s My Fish! is by no means a bad game and as such is not a bad board game app. It is however limited by overly simplistic rules, a dated childish art style. and limited play options. It’s not a game I’m busting out a lot on my phone or tablet and is something I have used for friends kids or as a quick intro game with my parents before we fire up a slightly more in depth and engaging app for them such as Ticket to Ride. 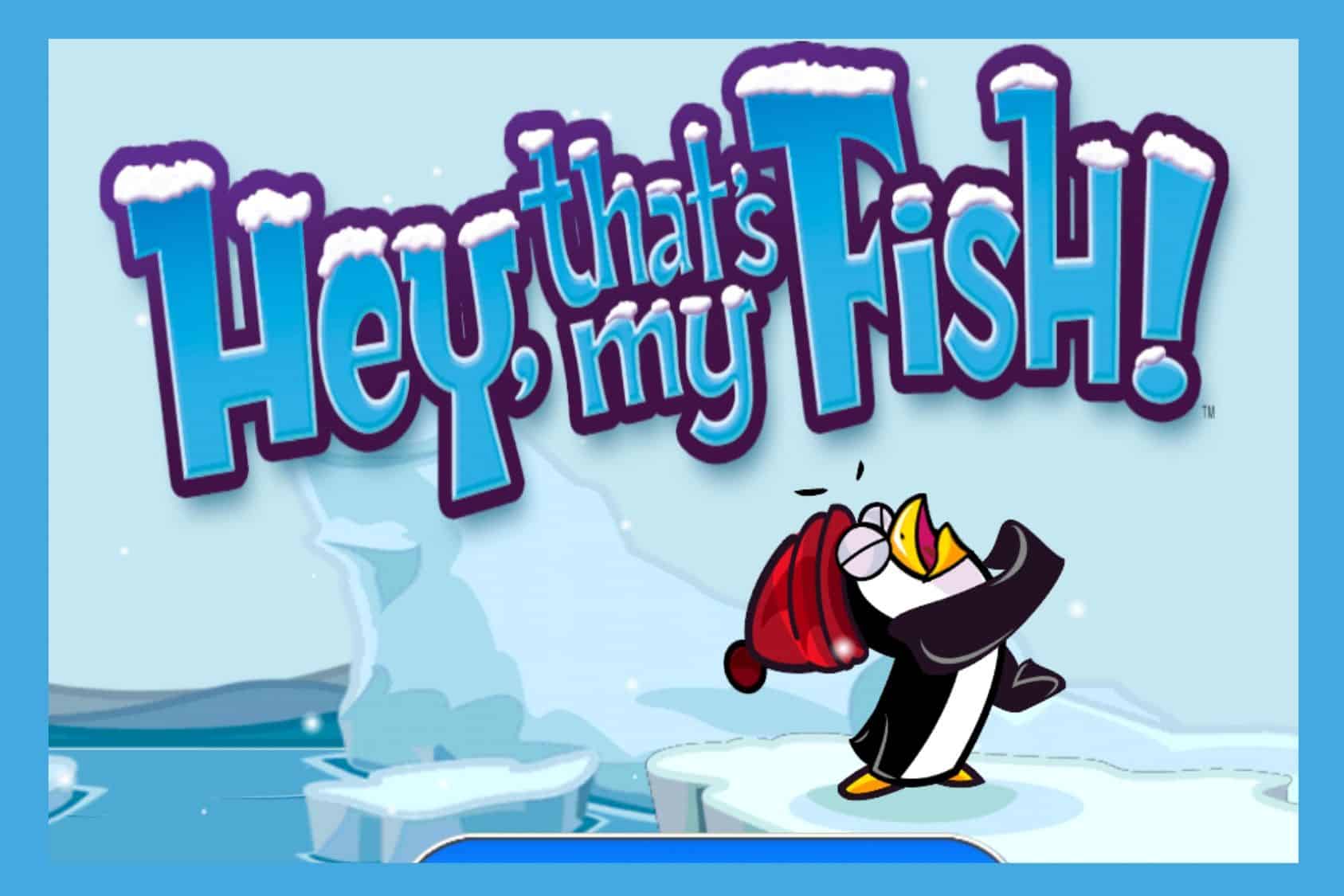