Will you be writing a love letter to this little card game app or will it be a letter of complaint?

Love Letter is a deduction game that sees you and your opponents vying for the affection of the Princess, either passing her a love letter or killing her other suitors before they can do the same. It’s a devilishly simple game that is so small that the physical version of the game comes with me at all time thanks to the fact it has only 16 cards and can be taught within 5 minutes. Given that I always have a copy of the game to hand you might ask why the need for a digital adaptation and who exactly this game is for, well read on to find out why and who I think.

A game of Love Letter sees players attempting to eliminate their opponents thus being the last suitor standing or by being the strongest player by the time the deck of cards is exhausted. Each round everyone is dealt a single card which is numbered 1 to 8 as well as having a unique character ability to aid in deduction or else protect you from detection. On your turn you are dealt an additional card and then you must decide which of the two to discard and activate the character ability for. What makes Love Letter so clever is the well balanced abilities and what they afford you throughout the game; some provide you with information about the cards your opponents have, some give you the chance to eliminate your rivals and some offer you protection however none offer you more than one of these at a time and so you have to decide whether to attack, save yourself, or try to hold onto a stronger card. Often times you will find yourself having to jettison a high numbered card due to the fact it has been seen by another player and settle for resetting your hand to live to fight another day, it’s so simple but very clever at the same time.

In terms of presentation Love Letter does a great job of bringing the look and feel of the physical card game to the app. Character artwork is the same and the card style is present throughout the menus and user interface. As the game comes with so little in the way of components as well as decisions everything is handled easily via clicks, drags and drops and is completely intuitive. Default animations can really slow the gameplay down however thankfully you are able to speed these up to make the game go at a relative clip.

Love Letter has a basic number of game modes available for both single and multiplayer as well as a good tutorial that does a good job of introducing you to each of the cards and their abilities as well as giving you a sense for how the game will unfold. Single players have the opportunity to play against 3 AI who, while unable to vary the difficulty, were solid and provided a good challenge which is commendable for a game which relies heavily on bluffing and deduction. For those wanting to play multiplayer this can be done online via random matches as well as setting up a private match for your friends. Due to the lack of players online I often found it difficult to find people to play against and the fact that the app does not come with a pass and play option means that getting to play against anyone but the AI was merely a pipe dream. For a game that’s so easily portable in it’s physical form it seems a pity to force players to each have to have a copy of the app in order to play against each other locally, at around £4 per download I can see people being more willing to buy the physical game and keep it with them at all times instead.

This is perhaps the biggest criticism of the Love Letter app from even before it was released, when the game is so small and affordable, why would we not just buy the game and keep it with us at all times for cheaper. The lack of pass and play option and the limited online player count seems to point at this being a valid criticism of the game and something that does really hold the game back. This is a real shame because Nomad Games have done a great job developing the app, for a game that relies heavily on deduction and bluffing they have made an AI that in general makes the same moves I’d make and while it’s fun I simply don’t find it hard to find Love Letter players in person to mean that I need to play against the AI.

One suggestion that could save Love Letter the app for me would be the inclusion of the expansion for the game which adds in new character cards but more importantly ups the player count to 8 people. Having this included would give me an experience with Love Letter that I seldom get and something that is less achievable without the help of an AI. Add this into the game and then I can see people wanting to play this app far more often.

All in all Love Letter is a good adaptation of the board game that suffers from low player count and especially the fact it is up against a game that is so portable and affordable that it makes little sense not to play the physical game. Nomad Games have done a great job porting the game over to our mobile device and have made an app that looks and plays great with an AI that is good (which is a feat in itself). While I can’t blame them for the low player count and the competition they face from the physical version of the game I do question the wisdom of bringing this game to our device in the face of such hurdles. If you don’t have Love Letter already and don’t have any friends to play with then this app version of the game is a good place to start, give it a download, learn the rules and then buy yourself a copy of the actual game and go out and make some friends, I guarantee the cards will help. 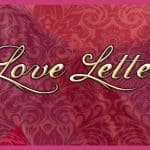