Is Oceans a catch or will this app sink?

Oceans is a spiritual successor to the popular board game Evolution which also saw an app release from North Star Digital in recent years. It follows a similar idea surrounding the evolution of your creatures, in this case fish, adding traits to improve them with stats bumps and abilities all with the aim of being the most proficient feeder in the sea. Fans of Evolution will see a lot to like in this sequel which has plenty more of the same that they have come to love as well as a nice bunch of added mechanics to make Oceans a fresh take on the idea. Oceans is an engine building game which sees you creating and improving sea creatures to attack and defend against your opponent as well as ultimately eating the most amount of fish from the supply.

The aim of a game of Oceans is to finish with the most number of fish in your personal pile which is achieved by ageing fish at the end of your turn that have been eaten by the creatures you create. Each turn you will have the option to play a card from your hand (initially just 1) to either create a brand new sea creature containing the stats or traits on the card, or alternatively adding that card to an already existing creature to provide them with additional abilities or boosts to their stats. How you place and upgrade your sea creatures will dictate how successful they are as a species, and how successful they are as a species will determine how much food they can eat and ultimately how long they will stick around before going extinct.

The key to how proficient your creatures are lies in the way you build them and the traits you give them. You can build strong dominant species which will attack your opponent and take fish they have previously eaten directly from them rather than from the supply or you can build a creature which feeds every time a neighbouring creature feeds meaning that while it may not be the strongest it can keep adding fish even if it’s not been activated. While only one of your sea creatures can feed each turn all of them will be required to age, losing at least one of their collected fish to your personal pile. Creatures that are unable to successfully age will go extinct and therefore building your collection of creatures in such a way that they can age out every turn is vital. The more creatures you have ageing each turn the higher your personal pile will become and ultimately the better your final score will be. Balancing how much fish your creatures can eat along with how much you can age them before they go extinct is the fun and challenge that Oceans brings to the table.

A game continues until all the fish are exhausted from the 3 differing supplies at which point a winner is decided, however with the emptying of each supply the rules around how you play changes; be it forcing you to play an additional card each turn or meaning you will have to age a creature twice as well as adding cards from a new deck called the deep. The cards you collect and play from the deep provide extra powerful traits to your creatures which improve your ability to deal with the changing and harsher conditions you face as you exhaust the various supplies of fish however they come at a cost, a literal cost of fish from your personal supply. Therefore before you play a card from the deep you have to decide whether the return you get will be worth the cost of victory points you are taking. It’s a nice twist to the card playing mechanic you have in the rest of the game although really it comes down to how close you are to finishing the game as to whether it is worth the investment because the cards from the deep are significantly better than your standard cards.

When it comes to the presentation for Oceans it provides a nice looking and easy to use interface for you, making playing the game super easy for anyone coming at it fresh or those coming from the physical version. The artwork and art style in the game is bright and vivid and it does a good job of bringing to life the underwater world of Oceans. Gameplay is handled with a drag and drop system that was super intuitive and made the game simple to pick up for the first time. It did get to the point after playing for a while that I would be seeing the same cards and art work constantly and I do wish there was a little more variety in the number of cards available in the standard deck of cards however this is obviously a limitation of the game itself and not this digital adaption.

When it comes to game modes Oceans provides the ability to play both single player against an AI and multiplayer through local pass and play. The AI not only comes in 3 difficulty modes but also with 5 different personality play styles. While the AI is solid enough on it’s hard difficulty it’s not the toughest I’ve played against however it is still a fun challenge so doesn’t detract from the experience. The additional of the personality traits however, is a fantastic addition and one which I wish other games would employ more, the ability to change the type of opponent you play against and how they approach game strategy is something which can really increase the replay value against an AI opponent and stop you from learning to simply game the system. When it comes to multiplayer it’s nice to see pass and play available on one device however I would have loved to see online multiplayer included as this has become the standard for digital board games over the last few years. Hopefully this is something that can be brought to the game at a later date.

Overall Oceans plays out in a similar manner to Evolution for me as a board game app, it’s an impressively slick adaptation of the source material that looks good and plays well on both phone and larger screen. The game play is a relatively lightweight engine builder against a single opponent which is fun and not overly taxing but has added a lot over it’s predecessor to make it feel different and fresh and in my opinion is a good improvement in the series. The lack of online multiplayer and some lacking card variety are by no means enough to detract from what is a good implementation and Oceans is a game that anyone who is looking for a good entry level game into the world of engine building would be smart to get. 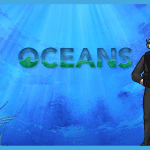