As the flagship game of Shadi Torbey’s Oniverse series; Onirim was an obvious choice to make it’s way onto our devices. However is it a successful port or does it get lost in the labyrinth?

Onirim is a card drafting and set collection game. Your goal is to escape the sleep labyrinth while you avoid the pesky nightmares. You achieve this by collecting 8 coloured doors; unlocking them by playing sets of 3 cards of the same colour but without consecutive symbols. All of this before you run out of cards to draw in your deck.

The base deck contains 86 cards in total; 10 of which are dastardly nightmare cards which halt your progress and burn your limited supply of cards. They appear in the deck in enough numbers to frustrate at every turn. Your only defence is a limited number of key cards or to discard your from your ever depleting deck. You can use key cards to aid you in your quest by not only stopping nightmares but also looking ahead into the deck; as well as opening doors without the need for collecting a set of cards. This means you often need to decide how best to spend these limited resources. And with that you have the basis of how to play Onirim.

The app version of Onirim takes the signature artwork present in all of the Oniverse games and ports it over wonderfully. The bright colours and cartoon style are a great fit for an app. The fact that there is little to no iconography on the cards make it exceedingly simple to understand exactly what you’re seeing. The artwork is brought to life with some small and subtle animations; as well as the haunting music incessantly playing. This adds to the stress of the game, wondering if the next card you draw will be a destructive nightmare card. In terms of ease of use and understanding this app makes it clear and easy the decisions you have available to you and operates a very intuitive drag and drop interface which simply works.

The beauty of Onirim as a game is that there is simply no reliance on AI for the game which is often a let down. The nature of the game itself means you compete not against an opponent, but the game itself. The balance in the game is great which means that winning and losing usually comes down to the last few cards. While the physical version of Onirim offers a 2 player co-operative variant, it really is the solo play where this game shines; so don’t expect any online multiplayer or pass and play. However you are provided with a score attack mode which gives points based on choices you make and time taken to complete the game. It then ranks you on global leaderboards so there is something for the stat chasers in this game.

While the inclusion of global leaderboards gives you the ability to compete against your own high scores the longevity of this game lies in the available expansions. While the physical version of Onirim comes with 7 expansions, so far only 3 of those have made their way to the digital version of the game. 2 are available via affordable purchases and one for free for signing in to your Asmodee Digital account. These expansions add to the mechanisms of the base game. They add cards with new abilities, additional doors and even add new symbols for you to use. You can mix and match any of the 3 expansions into the base game and they increase the replayability of game immensely. It’s a shame that the remaining 4 expansions haven’t been added to this point however it is something we can hope might be added in the future although all has gone quiet on the development front for Onirim at this point.

One of the true great improvements Onirim the app makes over the physical version of the game is negating the need to shuffle the deck incessantly. It is the one true criticism of the game I have, having to shuffle the deck tens of times each game. If you were to look at my deck of cards you would see the tell tale signs of wear and tear from excessive shuffling and so the fact that the app has removed this has made my physical version of the game redundant except for the times I want to add in any of the 4 missing expansions.

I have to be honest here, Onirim is one of my favourite board games and so when I heard that it was being ported to a digital board game I was excited. Since downloading the app it has been a mainstay on all of my devices and is my go to app when I have 5 minutes to kill. The ability to add in expansions and the fact that the game remains challenging at every play through keeps me coming back to it. While it is simple and may not appeal to those looking for a heavyweight game it makes the perfect pick up and play solo app for those with time to spare. I enjoy the Onirim board game app to this day and it is one of the first ports I recommend for people looking to explore the hobby. 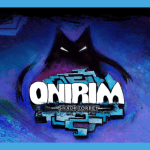