If you enjoy chess but can neither find the time or the opponent willing to sit for over an hour locking horns over a slow strategic game then you should consider Onitama, a two player strategy game which will scratch that itch but in about 5 minutes. But will this digital port be a resounding victory or will it be check mate for this board game app.

Onitama is an exceedingly simple game to teach but with enough head scratching depth to keep it in your regular rotation. The game begins with a 5×5 board; 4 pawns and an additional a king on opposing rows. 5 movement cards are dealt out, 2 to each player and a fifth in limbo ready to replace the movement card placed on each turn. The key to the game is within these movement cards, which each show the positions a pawn or king can move in relation to their current position on the board.

A turn consists simply of playing a movement card and moving one of your pieces in the available positions detailed by the card. You will then swap the card you have played with the card in limbo and your turn is over. This continues until one of two victory conditions are met. Either your King is captured or your King makes its way to the centre square of the opposite row of the grid. And that is it for Onitama, it should take no longer than 5 minutes to either win or lose which makes it a great filler app for those looking to kill a little bit of time or as a warm up to a larger game app.

The physical version of Onitama looks elegantly simple and the app version is no different, porting the art style and feel of the game perfectly. I enjoy the Japanese art style and music and the minimalist look really appeals to me. The pieces and board can be altered by buying additional skins which don’t impact the gameplay but give a little variety to the look and feel of the game. There’s little to have to understand with iconography within the game with there only being 5 movement cards to have to consider. If it wasn’t clear enough already what the available movements were based on the pictures on the cards you can also select a piece on the board and are presented with the spaces which they are able to move into making it really simple to get straight into a game.

Multiplayer can be found both online or via pass and play on one device. While I enjoy the ability to play with opponents online the lack of notifications when it is my turn are a mild frustration, especially as the timer can be as long as 48 hours for your turn. For those wishing to play this solo you are provided with 3 levels of AI ranging from very simple to mildly challenging. On the easiest setting you should expect to win every time however at the hardest level this becomes a more 50/50 proposition which is all you can really ask for from an AI.

Onitama the board game app comes with the ability to buy the expansion Sensei’s Path which adds 16 additional movement cards to the 12 that come with the base game, never really changing the gameplay but adding far more variety to the movement cards that can come out at each game setup. By simply adding 16 additional cards you add many more considerations and strategies in each game they appear, and since you only draw 5 movement cards at random each game you will rarely see the same combination of cards crop up.

It’s rare to find a board game app with the quality of production and gameplay to match which truly is a free app. It is not a lite version of the physical game nor a freemium model and while most players will happily pay the additional £1.99 for the Sensei’s Path expansion to add that much needed variety to the base game, the fact that you can play the full game of Onitama for free cannot be understated. If you can’t tell already, I’m a big fan of Onitama and while it’s not an app I fire up as often as I should, I’m always glad I did whenever it gets it’s chance. 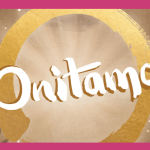