A game following the exploits of a gardener and a panda. Is this board game app a success or should it become extinct?

Takenoko is set collection and tile laying game themed around a panda within a Japanese garden. Each turn you are able to take 2 actions ranging from moving the panda to eat bamboo, moving the gardener to grow more bamboo, placing more gardens and selecting new goals to attempt to achieve. These goals are the crux of your strategy as you race to reach a certain number of achieved goals based on the number of players in the game. Goals can be collecting sets of eaten bamboo, growing gardens to specific heights and placing gardens to make certain patterns. The winner is the player who has the highest score from their completed goals by the end of the game.

Takenoko the game is very much considered a modern gateway game in the same vein as Ticket to Ride in that it is relatively simple for people to understand, the mechanisms used are interesting but not particularly challenging when it comes to decision making and the theme is light and appealing to a non board gaming audience. Due to all of these factors it’s no surprise that a digital port of this gateway game has finally made it’s way to our devices.

The physical version of this game is known for its look and feel. The pieces are bright and colourful and you build up your game board with 3D bamboo pieces. There are even miniatures for both the gardener and the panda which make the physical version of the game such a treat to play. Thankfully the digital port of this game is equally as appealing; using the same art style as the game and is bright and colourful. The game utilises a fully 3D map which is easily manipulated making navigation very simple to go with intuitive controls.

Multiplayer is handled through Asmodee Digitals traditional online lobby system. It offers cross platform asynchronous multiplayer as well as pass and play on one device for up to 4 players. The single player experience is a fun one thanks to an AI who is reasonably competent and doesn’t seem to make any glaring mistakes which means that I can enjoy a challenge without being frustrated with poor decision making.

I get a very similar feeling from the Takenoko board game app as I do from the physical version of the game with one big difference. The game itself is simple and fun with only a little strategy which makes it a great entry level game for new board game fans but can leave more seasoned players hankering for a bit more of a challenge and more strategic depth. The big difference is the joy of building up your bamboo shoots and moving the miniatures around the board; this is one of the best features of the physical game and something which adds to the experience however is understandably not possible on the digital version of the game. While this is obviously a problem for all board game apps it becomes apparent in a game where it is one of the biggest selling point of the original physical game.

All in all Takenoko is a good port of an interesting and simple game. It’s been handled well and is a game I’m happy to bring out with my family and younger players. It’s not a game I’m regularly playing online with my board game friends but that doesn’t mean it’s not a fun way to spend 10 minutes. 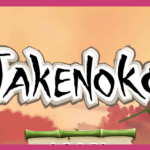