Is this tile laying game an out of this world experience or does it just truck along?

Galaxy Trucker is a tile laying game however one that it unlike any other game I think I’ve played before. This unique game sees up to 4 players taking on the role of a Galaxy Trucker who ships cargo, crew and weaponry from one planet to the next, the player delivering the most with the bulk of their complete ship at the end destination will earn the lions share of the money and will be the winner.

A game of Galaxy Trucker is split into two phases, the ship building phase and the journey phase; which utilises the exact space ship you have been able to build in the previous phase. Ship building is a fast paced simultaneous tile laying game where all players rush to grab and reveal ships parts from a pile of upside down tiles. These parts come in various different types from engines, weapons, crew cabins, fuel cells as well as a myriad of additional types all of which have a variety of connectors on a random number of sides of the tile. Not only is it a race to find the exact make up of tiles you will want to lay into your space ship, you have to find one that has the right connectors on the right side of the tile for it to fit perfectly in your ever more complicated ship design. It’s a race to complete your ship first and get the advantage of heading out into the journey phase first however compromising on the structural integrity of your ship in order to finish the build phase first can leave you open to potential disaster in the journey phase. You will have to decide whether you want to compromise on waiting for the exact tile you need, hoping it still remains in the pile and not on an opponent’s ship already or whether you should take a less optimal tile but continue building your ship. It’s not a decision which has a tonne of analysis behind it however it’s one that you have to make over and over again while building your ship and makes for a nice decision point in the game.

Once all players have finished their spaceships the journey phase will begin using the exact designs each player was able to create during the build phase. One at a time cards will be flipped from the journey deck revealing potential actions or encounters players must deal. These range from planets you are able to visit to collect goods to deliver should you have included enough cargo space in your ship’s design, meteor showers which test not only your weaponry but also the structural integrity of your ship as one meteor hitting an open connector on your ship can see you losing chunks of your ship’s tiles. There are also encounters with space pirates, aliens and saboteurs who require you to have a certain number of crew, weapons or engines in order to avoid coming under fire or having your cargo stolen. Should you and your ship survive all of the cards from the journey deck then the total number of cargo delivered, money collected and how complete your ship remains are totalled and the player with the highest number is crowned the best Galaxy Trucker and is the winner of the game.

While it may sound complicated it is actually a really simple game that benefits from being one of the few simultaneous board game apps out there which makes for a fast, fun and frenetic gameplay experience that I simply haven’t had on an app before.

When it comes to presentation, the Galaxy Trucker app brings not only the cartoony artwork of the physical version of the game but also maintains the feel of the source material thanks to it’s excellent tiles and most importantly it’s successful use of an almost completely drag and drop user interface. Frantically dragging tiles from the components pile to reveal them before flinging them away back on top of the pile really gives the feel of playing the physical game and adds to the fast paced nature of the game play. Animations can be a little slow when it comes to the journey phase of the game however the inclusion of a fast forward button you can hold to speed these up means that a round of Galaxy Trucker can be completed in about 5-10 minutes pretty easily. I thoroughly enjoy the charming art style and the fact that your ship maintains it’s 2D tile look despite living in the 3D galaxy is a lovely touch here.

As well as included the ability to make a custom game for up to 4 players similarly to the physical version of Galaxy Trucker, the app version has a multitude of game play options and features for both single and multiplayers as well as offline and online. The online multiplayer options for Galaxy Trucker as wide but also exceedingly well considered. Similar to CGE Digital’s other app Through the Ages in which rules changes were implemented as an option for players in order to improve the online app experience rather than adhering strictly to the rules of the source material despite it hampering the online experience; Galaxy Trucker gives players the opportunity to play a game asynchronously thanks to some rules tweaks to make the game turn based. These changes come in the build phase where rather than a simultaneous free for all of grabbing tiles, players have a certain number of points to spend each turn to select and build components for their ships. It’s quite an elegant solution to being able to play the game without having to be all on the app at the same time. Thankfully if you simply love the fast paced nature of the ship building in Galaxy Trucker you still have the option to play the game online in real time and enjoy all of the madness. Offline multiplayer is also available on a single device using pass and play however the only option for this is using the turn based rules for obvious reasons.

Where the Galaxy Trucker app really shines for me is in single player mode, be it in a one off custom game against a range of AI which not only have 3 different difficulty levels, but also have a number of different characteristics you can select which impact the decisions and types of ships they like to create. However even more impressive and fun than a game against the AI is the wonderfully rich and content laden campaign mode which sees you working your way through a number of missions along an ever increasing map of the galaxy. These missions are varied and interesting, the worlds are populated with funny and unusual characters you interact with, hold conversations with and aid in their missions. The wealth of content in the campaign mode is truly astounding and working my way through it, unlocking new components and ship types was a tonne of fun and did a great job of introducing the game to me in the beginning and challenging me by the end. There really is hours of entertainment for the solo gamer here and it’s a huge selling point for Galaxy Trucker.

Overall the Galaxy Trucker app is a real triumph of not only providing an accurate port of the physical board game, but is an app that adds to the experience, either by considering the differences in the digital medium or simply by providing a tonne of content to the game. There’s online and offline multiplayer, a solid AI opponent, a feature rich campaign mode and even an expansion available via in app purchase that adds even more components, ship types and missions to the game. Galaxy Trucker is a game unlike one I have played before and the simultaneous play makes it quite unique in the board game app world, however it is this aspect that may mean the game might not be for everyone. The reliance on the luck of the draw dictating whether you uncover the exact tile you need to complete your ship and the seemingly random and minimally strategic decision making can leave players who enjoy heavier economic games wondering where the actual game is in Galaxy Trucker. However to put it simply, Galaxy Trucker is a lot of fun to play, and what it lacks in decision making and tight economic strategy it more than makes up for in enjoyable gameplay and charm. 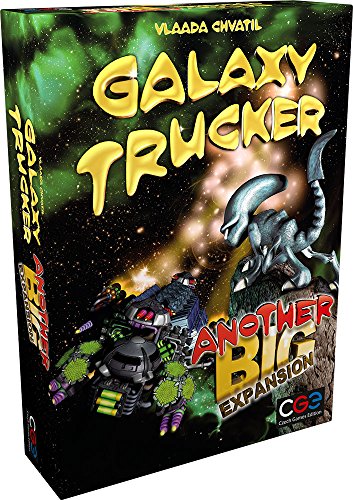 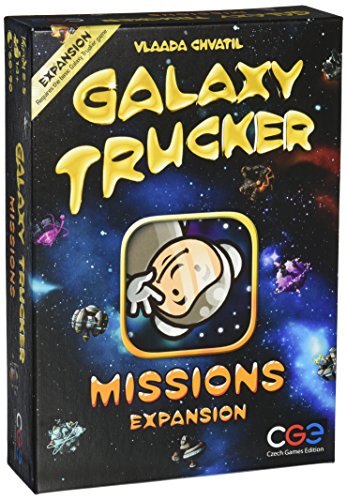 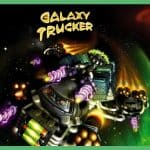