Does this sci-fi themed game go boldly where no other game has before and should it live long and prosper in your app collection?

The Captain is Dead is a co-operative survival game putting you in the shoes of the crew of the Starship Enterprise… well not actually the ship from Star Trek but it may as well be, surviving an onslaught of alien attacks and systems failures while you attempt to get your ships engine, the jump core, back online so that you can escape, all without the help of your recently deceased captain. Failure to get your jump core back online before you get overrun by aliens or your ship’s shield is depleted will lead to destruction and ultimately the loss of the game.

It may seem lazy to compare the gameplay in The Captain is Dead to a game like Pandemic however the similarities are really there; you take charge of your choice of 4 characters each with differing special abilities, and manage an increasingly difficult and ever changing environment while you collect the cards you need, in this case engineering cards, in order to complete the task. In the case of Pandemic this all leads to the curing of a disease whereas in The Captain is Dead it is getting your engine online and getting the hell out of there. Where The Captain is Dead differs to Pandemic comes from the array of both actions and challenges you face as there is far more variety which means no game of The Captain is Dead every plays out quite the same.

Each turn one you play as one of your 4 characters and take 4 actions, the actions available to you depend on either the room you are currently in on the ship, or which of the ship’s systems are still operational. You can collect cards which allow you to fix systems or disregard upcoming alerts, share these cards amongst other characters, gain equipment which offer single/double use boosts to your actions or gain battle plans which offer permanent improvements to characters as well as being able to move around the ship to get to the various rooms you need to be in to perform each of these actions. Ship systems provide benefits to these actions such as the comms, allowing you to share cards between players or the teleporter, letting you move around the ship with a single action rather than one action per room you move through. Don’t get too attached to these systems however as they are often short lived.

Once you have completed your characters 4 actions an alert card is actioned which causes systems failures, damage to your ship’s shield, a change in the rules or adding more alien invaders to your ship; frankly they make something bad happen. Initially you are able to see the 2 upcoming alerts and potentially plan for these or at least know whether you can ignore them thanks to the ship’s scanner, however as the game progresses you run the risk of your scanner getting knocked offline by one of these events and leaving you playing blind going forward. The alert cards increase in difficulty as the game progresses and so you are really on the clock to get your jump core back online before you lose all systems and it becomes an impossible task.

The Captain is Dead is a challenging yet fun fight against a near inevitable loss which requires both strategic pre planning as well as adaptation to a changing environment, plus a lot of luck. Deciding whether to put your actions into getting systems back online to help with the main goal of fixing your jump core or whether you should askew everything else and rush towards the main goal is a nice decision point on every turn. Many games I found myself using all my actions to keep the ecosystem of the ship working, making sure my teleporter was fixed and my scanners working as increasingly more difficult alerts kept popping out and leaving me having not got my jump core up and running. Where as other games I raced to collect the engineering cards I needed to fix the jump core only to find my progress becoming a crawl as the ship’s systems slowly died around me. It’s a game of balance in the face of adversity and is one that I’m truly terrible at!

One of the major strengths of The Captain is Dead app is the over all theme and presentation, the developer Thunderbox Entertainment has a history of making great looking games (such as Tsuro) and so getting a source material so rich in theme but also so interesting in art style really gave them a chance to put their trademark presentation on this app. Graphically the app is bright and loud but in a good way and borrows heavily from Star Trek when it comes to design. The user interface is reasonably simple to use and intuitive even for beginner players. The theme runs throughout the app with menus beautifully designed to look like the bridge on a star ship with your options appearing on the over head display reminiscent of classic Star Trek episodes.

For beginner players, The Captain is Dead features a tutorial which walks you through the actions available to you in the game. Clearly a lot of thought was put into the tutorial when it comes to the production, it features a fun script wonderfully voice acted which takes you through a few turns with your crew and gives you a sense of how the game plays out with jokes and comedy littered throughout. It’s tone reminded me of my favourite tutorial in a board game app, that of Through the Ages which used humour to deal with learning a game, however if I did have one criticism of the tutorial is that once I had finished it and started playing my own game I was immediately stuck at what I should be trying to do on each turn. The tutorial did a good job of walking me through actions and what to click but missed a little of the ‘why’ of the game which means that when I fired it up to play I didn’t really understand what to do first because I didn’t know why I was doing each action. This of course becomes clear after a few play throughs but it would have been nice to get this sense from the tutorial more.

When it comes to options and modes within The Captain is Dead you are provided with an offline experience only and while the game is ostensibly a solo game in the app there is no reason you cannot play it multiplayer co-operatively via pass and play with each player taking the turn of each character. There are 3 difficulty modes to choose from which alter the number of yellow, orange and red alert cards you face (which determine how bad the alerts are) and so you can play more challenging games once you have the game sussed out. The physical version of The Captain is Dead comes with 18 different characters to choose from however at the time of launch the app version has only 7 of these characters although there are slots available for more in the app at a later date which the developer has confirmed.

Overall, The Captain is Dead is a fantastically themed and wonderfully presented game which at times feels more like a video game than a board game. Mechanically the game borrows heavily from co-operative games such as Pandemic, but has plenty of original ideas which set it apart. I really enjoy the alerts which knock out your various ships systems, foiling your best laid plans and forcing you to adapt as well as the games many avenues for defeat. Yes, I am seemingly terrible at this game and lose far more than I win, however even in losing I am having a good time and am enjoying playing. One criticism that I level at the game after a number of plays is that on occasion you can come up against a series of events and alerts which make winning the game near enough impossible and you end up going through the motions just waiting to lose. This however is also a criticism that can be labelled at any game with an element of luck involved and thankfully these games are few and far between. All in all The Captain is Dead is a fantastic adaptation of the physical board game which steps up the presentation of the source material to create an immersive experience dripping with theme, and while co-op games and survival games of this type are not usually games I gravitate towards I still found plenty to enjoy here. 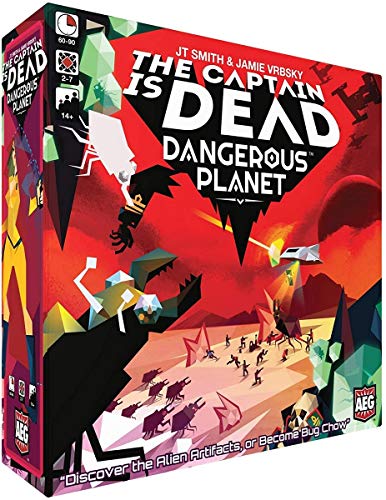 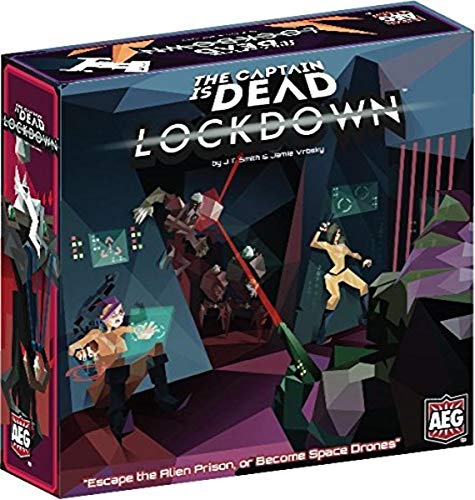 The Captain is Dead 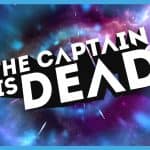