Am I going to be crowing about this game or will it be a lame duck?

Very few games in recent years have been such a success with both traditional gamers as well as those new to the hobby than Wingspan. It’s relatively simple gameplay coupled with it’s interesting mechanics and original aesthetic and theme meant that it truly was a crossover hit. It comes as little surprise then that a digital adaptation was soon in the works hoping to capture some of the magic that made Wingspan so huge. But can the move to the digital tabletop keep me wanting to pull out this game and play it again and again with groups of all experience levels like the physical version of the game has done since it’s launch?

Wingspan is an engine builder that sees you placing birds on your boards and utilising their abilities, as well as the abilities of the habitats they are in to gain victory points, be it end of round points, end of game points or the bevvy of additional bonus points available throughout the game. The player who builds the most efficient engine and therefore gains the most victory points at the end of the game is crowned the winner.

Your board in Wingspan centres around 3 different habitats, with space for up to 5 birds in each habitat. These habitats can be activated to provide you with a different resource, food, eggs or bird cards which are then spent within the game to recruit these bird cards to one of the habitats. Each time you add a bird card to a habitat two things happen; firstly you increase the productivity of the habitat, eg. where you may have previously been able to lay only two eggs when you activate you may now be able to lay 3 eggs instead. Secondly you add a bird with it’s own ability to that habitat which will also be activated when you choose that habitat. These abilities offer a range of ways to gain further resources, gain more victory points or gain extra bonuses. As you add more and more birds to these habitats, more birds will be activated in the chain and their abilities will play off each other as you activate them each in turn, hopefully creating a victory point engine that will lead you to victory.

The crux of Wingspan lies within these bird cards which have an array of information on them, almost all of it used at various points in the game to aid with scoring. Each bird is worth a certain amount of victory points once played in it’s relevant habitat, has a nest type, capacity for eggs, a special ability, a resource cost, a name and a wingspan, all of which can be used to score points as well as being vital to the working of the game. This clever use of a card and all of the information within to provide not only the mechanisms of the game but also to count towards rewards and bonuses as well as straight up victory points makes Wingspan’s gameplay fun and challenging without being overwhelming.

A game is scored over 4 rounds of ever decreasing numbers of turns; each round being punctuated with a set of scoring based on a unique and randomised bonus requirement. At the end of the 4 rounds the totals from the end of round scoring are added to the victory point value of each bird you have played, any VP earned from player specific bonus cards and the number of eggs, food and cards stored on the birds thanks to special abilities. What this means is that there’s many ways to build your engine and many avenues to victory within Wingspan, how well you execute your plan will determine how well you do.

I promise you that Wingspan isn’t as difficult as it sounds on paper, the limit of 3 main actions and subsequent bird card actions mean that there’s never a time when you don’t know what to do or where taking one of these actions is a bad move. Thankfully for you, you don’t have to rely on my exceedingly concise rules breakdown for this game the app version of Wingspan does a fantastic job of explaining the rules to you via a thorough tutorial taking you step by step through the game, the actions you can take and how to do them on the system’s user interface.

Speaking of the user interface, and the presentation overall, it truly is one of the great strengths of this adaptation of Wingspan. The physical game was known for it’s beautiful illustrations, it’s clear iconography and it’s clean overall aesthetic, and the app version of Wingspan takes this to a whole new level. While the art of the original remains in the game it has been punched up with small subtle animations bringing the already life like illustrations truly to life. A slight bat of the wings or a bobbing of the head added to the bird calls when each card is played completely immerse you in the theme of this game; the background on the screen pops even more than it did on the physical version and even the music playing throughout, punctuated with bird song, puts me right in the world of bird watching. It’s a real triumph of immersion and mood setting in an app that I have rarely actually seen before.

Everything in Wingspan Digital is clear and intuitive to use, cards are tactile and seem to float in the air when in your hand but seem to have weight when you are dragging them around the boards, buttons are big and obvious and all of the iconography used throughout the game is not only consistent but makes sense and is easily understandable. The app walks you though all of the actions you can take in turn, every bird that is activated is handled for you leaving you to simply make decisions and enjoy the theme. Wingspan Digital does what all good board game apps do and takes away any fiddly book keeping, resource tracking and cube (or in this case egg) moving, letting you just enjoy the game itself; this is what makes for a great board game app implementation.

When it comes to play options in Wingspan Digital, you are presented with those you expect from modern board game apps as well as one extra. Multiplayer is available both online, against friends or random opponents, as well as offline pass and play on a single device with up to 5 players. Solo players have 2 options available to them, firstly you have the standard match vs the AI which has 2 difficulty settings and provides a reasonable but not overly challenging opponent, and secondly against the Automa. An Automa is a specifically designed player that plays automatically based on a set of rules for a solo player to compete against. They will not be taking the same actions as you but will provide you with a score to beat at the end of the game to determine victory. The Automa in Wingspan Digital is a challenge and an interesting variant for players who might find the AI to be a little easy. It’s a great addition to see in the app and something I wish more games would include if the source material already has one as board game AI challenge, or the lack there of, is a determining factor as to whether the app gets a continued play time for me.

If it’s not already clear, I’m a real fan of this app version of Wingspan, it does more than simply port the game into a digital format and the team at Monster Couch have taken care to create a experience centred around the physical game. Most board game apps appeal to me because they condense the play time of games right down to a short, sub 30 minute experience, even for the more complex games. That reduction in play time means I can play them more, I can try over and over again to improve my scores, develop new tactics or chalk up wins against my friends. And while Wingspan Digital does shorten gameplay down to around 20 minutes, it never feels like I’m rushing through games so I can play them over and over again, it does a wonderful thing of letting me saunter through a game rather than sprint and yet have me be happy about it. The immersion I get from this app, from the cards, simple animations, bird song and soft background music means that I just want to be playing it, at my own pace on a lazy afternoon.

Behind all of that however, lies a game which is sharp and interesting which can be played with both cut throat efficiency or laid back nonchalance and still provide a great board game experience. It’s clear to see why Wingspan won so many awards when it was released and why I’m glad it’s now on the digital tabletop so I can play it much more than I have been able to so far. Whether your a veteran of the board game world or coming at it with fresh eyes, you can find a game for you in Wingspan and the app version opens it up to a wider audience and gives me the ability to share this game with friends over the globe.

Wingspan Digital is a real success and demonstrates how to not only bring a popular board game to a digital world, but shows us how you can use everything that makes board game apps great to create a tabletop experience that’s more immersive, more accessible and just as fun. My only criticism of Wingspan Digital lies in the fact it is only available for Steam and Nintendo Switch currently, being able to play this on the go on my mobile phone would mean I can get it played far more often than I can with it on Steam. Fingers crossed for the future that this might be in the pipeline! Despite this, I simply recommend any board game fan pick up a copy of Wingspan Digital, make a pot of tea, sit on your comfy chair and enjoy many an afternoon, watching birds, laying eggs and collecting those VP, you won’t regret it. 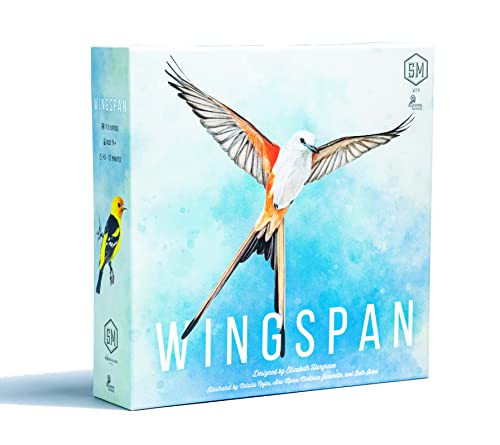 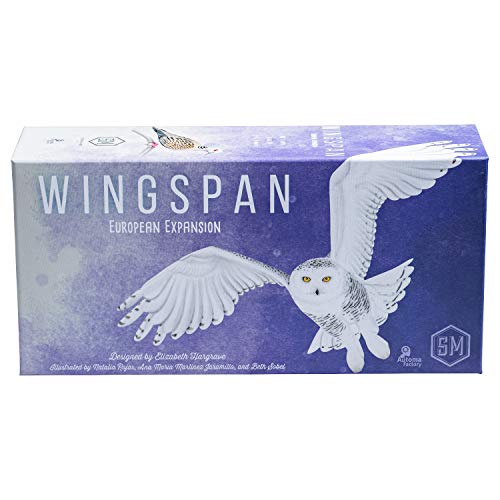 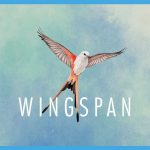