Dice Hospital is a worker placement game that sees you managing a hospital, attempting to treat your ever deteriorating patients while dealing with a constant intake of new ones. How many patients you are able to discharge from your hospital as well as how many you are unable to save will determine the amount of victory points you gain or lose with the player with the highest number of VP named the winner.

A game of Dice Hospital is played over 8 rounds which are essentially split into 3 distinct phases, intake, improvements and treatments. During the intake phase you and your opponents will take it in turns to choose an ambulance containing 3 dice which will represent 3 patients entering your hospital. These dice will have a random number shown as well as a random colour out of red, yellow and green. The lower the number the sicker the patient is and any dice that degrades below a 1 will be removed from your hospital as a death, losing you victory points, a dice which is treated above a 6 will be discharged and will gain you victory points. The colour of the dice denotes which treatment rooms and specialists (you workers) can treat a particular dice. During this intake phase the ambulances will be arranged with the sickest patients being in the first ambulance and the least sick in the last, whether you take the most difficult to treat ambulance or the easiest will determine turn order for the upcoming improvement phase giving you the first choice of improvements to your hospital at the cost of the lowest valued dice.

Once each player has chosen an ambulance to admit to their hospital they will have the opportunity to improve either their treatment rooms or their specialists; treatment rooms give them the chance to manipulate more dice at once, increasing the values of multiple dice or increasing one dice multiple times. Adding a specialist to your hospital not only gives you an extra worker to add to your pool of 3 when you start the game, but they also come with their own increased treatment abilities, allowing you to increase multiple dice values at once. It’s at this point that players can start building their worker placement engines, choosing rooms and workers which combo off each other to quickly raise the value of multiple dice on each turn which is vital in order to clear your hospital beds ready for the impending next intake.

The treatment phase is where you will put to use the treatment rooms and specialists as well as your standard workers to raise the values of the dice in your hospital. As with every other worker placement game you will assign 1 worker to 1 action space, in this case a treatment room, and take the action. These actions give you a specific colour or number of dice you are able to increase a certain number of times. The more improved the rooms and workers, the better the action you can take. Your aim is to treat as many dice as you can during your turn and increase their values over 6 so you can discharge them. Any dice you do not treat will see their condition deteriorate and their value decrease by 1 ready for the next turn while taking up valuable space you may need for your future intake. Your hospital can hold up to 12 patients and so it is a race against the clock to clear enough beds for you to be able to take in a full ambulance load because any patient left without a bed will immediately count on your death toll and lose you points.

While the rules seem reasonably straightforward, the eagle eyed amongst you will have realised that Dice Hospital is a mathematical puzzle hidden beneath a hospital theme. It’s a worker placement game which is not only about optimising your engine but one where there is actually always going to be a right option to take if you can do the maths quick enough. Yes you can still win the game with suboptimal play however if you are mathematically inclined you can see this game as a by the numbers experience. That’s not to say that it’s not a fun game at all, it’s simply means that the avenues to victory and decision making are less open and optional as other worker placement games such as Lords of Waterdeep or Raiders of the North Sea.

When it comes to presentation, the app version of Dice Hospital is near identical to the physical game; the tiled layout for treatment rooms, coloured dice and specialist cards are all there as is the iconography which is clear throughout what it is something is able to do and when you can do something. While the game isn’t going to blow you away graphically, it is a solid port that is faithful to the source material. Despite this solid being a solid app, I have experienced some far too regularly occurring issues which have caused me to have to abandon games half way through. Using a specialist which allows you to manipulate a second die when there is not one which fits the criteria for you to change left me unable to continue with the game, for example, playing a specialist that allowed me to increase the value of a yellow dice and then increase the value of another dice matching that yellow die’s original value caused me to be unable to make a move when there wasn’t a dice that matched the yellow dice’s original value. While in some instances I was provided with a skip action button to continue this wasn’t the case every time and therefore I have had to restart a number of games half way through which is a frustrating experience. This is something that I hope can be resolved in the future as I’m not a fan of getting most of the way through a game only to see it cancelled due to an issue.

Dice Hospital offers both offline and online play for up to 4 players. Offline play is one player only against a single difficulty AI whereas online is against randomly matched players or against friends you have added. The AI within Dice Hospital has been particularly weak which is a shame considering there is only one level available and I found that more often than not I was competing against myself, trying to get a higher score than I have previously achieved which is tracked via a global leaderboard which is a nice feature to have in a game such as this. The physical version of Dice Hospital has a pretty robust solo mode which I think would have made a nice addition to the app, giving you the chance to compete against the game itself rather than the AI which currently isn’t challenging enough for anyone above the tutorial level of the game.

Overall Dice Hospital is a fun game which I really did enjoy playing however the app implementation has some flaws which need resolving to make it a game I’m going to be able to pick up and play regularly. Yes it is a good representation of the physical game, you get the same feeling of intensity you get as the ambulance loads of patients pile up because you can’t treat them as fast as they come in. The game does a great job of ramping up this pressure while still proving you with the tools to manage these as the game goes on and balancing your numbers of workers to treatment rooms is a nice tight rope to walk; having too many workers and not enough action spaces to place them as well as having too few workers to utilise your great treatment facilities provide a good respite to the mathematical puzzle you are presented each turn. Despite all these positives, the flaws of getting stuck midway through games and a weak AI means that this app version will need a few updates in order for me to be able to recommend it as a must have, which is a shame because it is a game that has potential and one that, when it works, is a lot of fun to play. 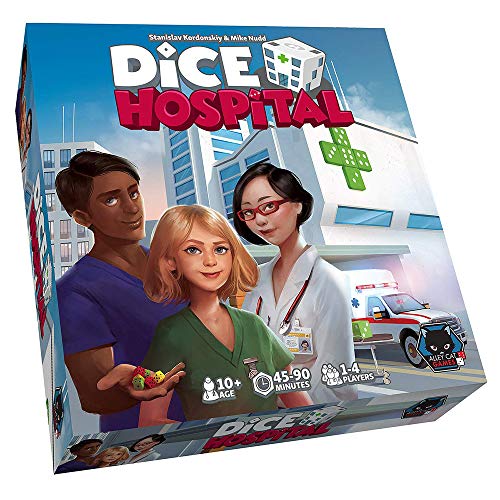 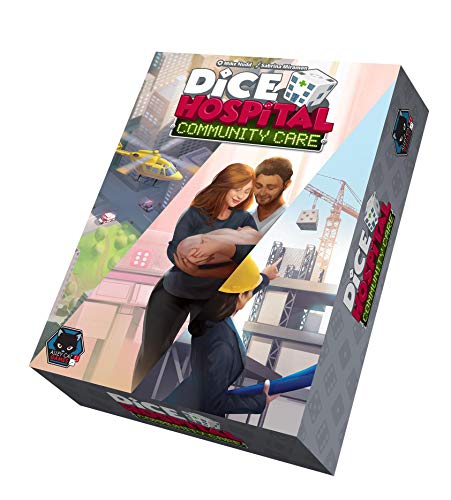 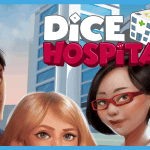