After being heralded as being the board game which launched the renaissance in the hobby Settlers of Catan was always going to be coming to our devices and in fact we now have two app versions available to us, Catan Classic and the updated Catan Universe. But does Catan Classic still have a place on your device or would you just be settling for less?

Catan Classic is the older port of the two available currently on the app store but still finds itself our go to Catan app thanks to its no frills interface and quick gameplay.

While I assume most people by now have played Settlers of Catan, here is a brief overview of the rules. You and your opponents find yourselves colonising the island of Catan and harvesting resources as you try to be the dominant player on the island. Each turn 2 dice are rolled and the corresponding numbered hexes produce resources for all players with settlements and cities touching these hexes. Resources are then reinvested in building new settlements, roads to connect these or development cards which give you single use abilities to aid you in your quest to 12 VP. Points are awarded for building, longest roads and largest army of knights which are found within the development cards. Add to that the ability to trade resources between players or the bank and a pesky robber which crops up every time a 7 is rolled and you have the basics of the game of Catan. The gameplay is ported successfully into Catan Classic, everything you would expect to be there is there as well as a good level of flexibility of gameplay options for players looking for longer, harder games as well as easier and more friendly ones.

The presentation for Catan Classic is not ground breaking but ports all of the elements of the physical game like for like. The hexes you know and love are back, so are the basic pictures for each resource and artwork for the development cards. The character design is nice and is in a stylised pixel art theme throughout. Unlike Catan Universe, everything here is 2D and top down, for me this is how it should be for digital board games. 3D rendering of tables cause me to accidentally change playing angles constantly and detract from the game itself. In terms of understanding what you are seeing, Catan Classic could not be clearer, each player has a clear scoring card visible for all other players which not only details their VP score but length of road and currently military strength. Development cards clearly detail exactly what the cards do so there is little doubt and the iconography is clear throughout. If I was to have a criticism of the presentation it would come from the clunky menu and action systems during gameplay. Actions are handled via an expandable icon menu that takes a little getting used to. New players will undoubtedly end their turn early by mistake a few times before getting to grips with where everything is. This is a minor complaint to have in a game that overall delivers a nice and playable package.

Catan Classic plays 1-4 players and includes both online multiplayer as well as pass and play locally. You can add up to 3 additional AI to the game from the off and are able to not only tune the difficulty level within the settings but also choose from 10 players with varying levels of aggressiveness and differing strategies. I love being able to tune my AI to provide me with a challenging game but also give me varied strategies to have to deal with. Despite all of this I do generally find the AI to be a little on the easy side, especially when playing with just the base game and no modifications to the ruleset or expansions added.

Speaking of expansions, Catan Classic has the 2 most popular expansions available for in app purchase, Seafarers and Cities and Knights. Both expansions offer additional gameplay mechanics and provide some much needed additional strategy and complexity to the base game. For me Cities and Knights is a must play expansions and I no longer play the game without these rules included. Seafarers adds the ability to traverse the sea to explore new islands with new possibilities for garnering resources. Whereas Cities and Knights adds additional resources, an entirely new military system and a brand new take on development cards. Both of these expansions radically change gameplay, increase the difficulty levels and up the enjoyment levels in the game. As part of the expansion purchases you also unlock a number of scenarios and map layouts to test out some of the new mechanics within different environments, all are clearly explained within the map selection and any changes to the standard rules for each map are detailed for you.

Catan Classic comes with a plethora of options, expansions, tweaks and maps to keep the games interesting an varied. Adding in all of the various expansions can see gameplay shoot up from 30 minutes to about 60 minutes so you could be in for the long haul however thankfully it never seems to drag. This is a testament to the success of the gameplay as well as the clear presentation which makes Catan Classic a good addition to your board game app library. Some people may wish to go for the newer, ‘more polished’ Catan Universe and you can’t be forgiven for wanted the most up to date version. However if I’m asked whether it’s worth the upgrade and cost required to unlock the same content in the new Universe, I’m not sure I can recommend it. For me I’m happy with the overall package I have with Catan Classic and it is one that is not only in regular rotation for me but also one that my partner is happy to sit down and play an hour game with me and walk away happy, despite my likely victory. 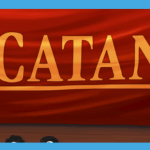