Is this adaptation of a tile laying game on the right track?

I’m going to say from the off that I was pleasantly surprised by Tsuro. It’s a tile laying game that sees you and your opponents attempting to stay on the 6×6 grid for the longest time. You do this by in turn placing tiles in front of you with a multitude of criss crossing paths, you move along the path that connects to where your stone is placed and repeat this until the path either leads you off the board, connects with another player or you are the last stone standing. It really is that easy.

It usually worries me when I can write an overview for a game that I’m reviewing within 2 sentences, that generally means that either the game lacks some of the depth I look for from larger board game apps or that I don’t really enjoy the game and struggle to expand on it. The fact that I’m able to do so with Tsuro really speaks to it’s simplicity of a game and the casual but fun gameplay I’ve been enjoying.

It’s a puzzle of a game that sits somewhere between the overly relaxed (and limited in my opinion) Tokaido and the paired down but still thinky Onitama. It lacks the depth of decision making of Onitama’s chess like strategy but provides a relaxing path that I actually want to go down unlike Tokaido. If I’m looking for a laid back 5 minutes to calm my mind then Tsuro really is a great way to do it.

Where it truly shines is in the presentation; Thunderbox Entertainment achieve something with their digital adaptations of board games that really sets them apart, the physical feeling that you are actually playing a board game rather than an app. This begins from the moment you start up the game, unlike other apps where you are faced with a menu of options or a button for you to jump into a game Tsuro has you opening a 3D rendering of a board game box, the board unfolds and the cards are shuffled and placed ready for your game to begin. Everything you do is handled by dragging and dropping, your tiles move as if they have weight and your stone wonderfully traces it’s glowing line across your board as if it is scratching itself into the tiles. Where as larger games would struggle to manage their boards, pieces, cards and player boards in this way Tsuro is small enough and light enough to utilise this kind of design and really run with it, it looks great, feels good to play and is something I just haven’t seen in board game apps before.

In terms of game modes Tsuro has both offline and online multiplayer with up to 8 players (which can be a bit of a free for all at that player count). I found online opponents tricky to come by but thoroughly enjoyed the pass and play games I’ve been playing. Solo players have the option to play against up to 3 varied AI who are mildly challenging when you first get into the game but relatively beatable once you’ve sussed the strategy. Thankfully though you are able to play the game solo, attempting to beat you previous records and path lengths. This kind of solo score beating is a great way to enjoy a game that perhaps doesn’t have the AI strength to give seasoned players enough of a challenge.

Tsuro as a game is a light, casual and relaxed game, it’s slow paced and only mildly challenging, these sound like criticisms but they aren’t; it’s a game that knows what it is and leans into that. The app version looks fantastic and plays exceedingly well, it’s a triumph in looking at digital board games in a different way and trying to make a literal board game on your phone. While this kind of thing definitely wouldn’t work for certain games Tsuro thankfully is one of those that it does. For gamers who enjoy competitive games but don’t enjoy overly aggressive games or those who are looking for a 5 minute game that can be the last thing you do before bed then Tsuro is a great choice for you. 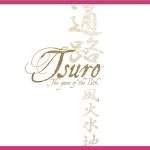