If you’re looking for the step up from playing Settlers of Catan you might want to try The Castles of Burgundy. However will this digital version of a classic game make you smile or will it have you seeing red?

The Castles of Burgundy is a tile placement and set collection game which challenges you to be able to build the estate around your castle in the most efficient manner possible. It is a game for up to 4 players which is played over 5 rounds consisting of 5 turns per round and so you can expect a 4 player game to take around 60 minutes (however this can be cut in half if you set the animation speed to the fastest setting). At the end of these 5 rounds, the player with the most VP is crowned the winner and the Lord of the castle.

At the beginning of your turn you roll 2 dice and the remainder of your turn consists of utilising the numbers on each dice in order to either recruit workers, obtain a tile, place a previously obtained tile into your estate or to sell goods that correspond to the number on one of the dice. VP are earned by selling goods, abilities which come from placing tiles and completing areas of your estate. How you maximise your VP earning throughout the game is key to your success. And that is the basics of The Castles of Burgundy as a game, but of course, how you manage your tile placement, goods markets and available workers, not to mention the constant battle to have the first player token are the real challenges of the game. So much so that it can be very easy for new players to forget the ultimate goal of collecting VP, so make sure you’re always keeping your eyes on the VP totals or risk being left behind.

One of the major challenges faced when porting The Castles of Burgundy from a board game to a board game app is the fact that in the physical version, gameplay takes place across multiple game boards. Each player has their own estate board and there is a large communal board where all of the tiles available for purchase are placed at the start of each round. Attempting to port this look exactly onto a single device with limited screen space would have made parts of the game so small as to be unreadable or cluttered the screen too much. Therefore for the purists and lovers of the look of the physical game, The Castles of Burgundy the board game app, might be a little of a disappointment in terms of presentation. For me however, I feel that the job done here has been a successful one and while it differs significantly from the physical game, the app is easy to understand and playable.

Ignoring the challenge of porting the game, the graphics are a little crude and the 3D models a little basic but they are passable. The theme and art style were limited in the physical game and continue to be so on the app but for me this isn’t a huge issue as I enjoyed the gameplay of the physical game regardless of the theming and this remains constant within the app. The iconography in the game can take a little getting used to. There are a lot of tiles with varying information on each and so new players will find them confusing to begin with. Thankfully, double clicking on each tile brings up information about the tile, explaining its usage which is a much needed addition.

For anyone familiar with Digidiced board game apps the options for multiplayer will be all to familiar to you. With asynchronous and real time games, cross platform playing and ranked matches as well as local pass and play, you will never be short of opponents for you. Add to this a fairly robust and challenging AI for those times when you want to play solo and you can be certain that you can scratch your The Castles of Burgundy itch at any point. The game features none of the available expansions for the game and so once you have mastered the strategies needed to win it is down to you and the hardest of the AI only, no way to change up the game to breathe fresh life into it.

The Castles of Burgundy is an enjoyable Euro game to have on your device, it is challenging enough that you won’t win every game you play but not so difficult as to be frustrating. One criticism of the game itself is that it can often feel like you are playing a game of solitaire however try telling me that after an opponent foils my well laid plans by taking the tile I needed. For those of you who care for the bells and whistles you get with some of the other digital board games might be a little disappointed with the graphical presentation however for those of you who care more for gameplay you will be pleased with what you get here. Priced at the higher end of the app market you may have hoped for the availability of some of the expansions however these are not present at this time. While you are able to afford 2 or 3 board game apps for the price of The Castles of Burgundy, you will struggle to be able to find a Euro game rated so highly for any less.

The Castles of Burgundy 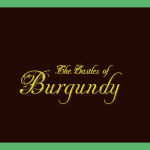