Is this card game app truly The Game or just another game?

The Game is a straightforward card game where you are attempting to place all of the cards from a deck of 2 to 99 onto the 4 piles of cards. 2 of these piles start at 100 and you are only able to place cards descending from whatever the top card number is, and 2 of the piles start as 1 and cards can only be placed in ascending order. If you are able to place all 98 cards down you win The Game. If at any point you are unable to place any of your cards you lose.

The key to this puzzle is the hand limit you have, starting each round with only 8 random cards. You must place at least 2 card before you are able to draw back up to 8 cards again. This means that you can quickly place cards on a pile, bypassing other numbers which you are yet to play, thus meaning that the cards become unplayable. Thankfully you have one trick in your arsenal, the ability to jump forward or back when playing sequential cards with a difference of 10. For example on the descending pile should the top card be an 88 then you are able to play a 98 and therefore reset the pile. This is a vital tool if you are going to win the game and one that can leave you frustratingly holding onto cards in your hand to make a big move only to find you are forced to play them, it can be exceedingly frustrating.

And that is the key word I’d use when I describe The Game, frustrating. Gameplay is easy and quick but I’m left frustrated more often than not as there is very little you can do tactically when you are playing cards. Unlike great games which are also luck based the decisions made in The Game rarely feel like they are good decisions. Take Ganz Schon Clever for example; with each roll of the dice I make touch choices however regardless what the choice I make I always feel it is putting me closer to a higher score, whether it is the right choice doesn’t matter at the time, every decision feels like progress. The Game however has me making choice of whether to give up on the ascending pile to save a descending pile however neither option feels like it is helping me and in that lies my issue with The Game.

This of course is just my preferences in board game apps. I know there are plenty of people who will enjoy the difficult and cut throat nature of The Game. The presentation is slick and no fuss, cards are big and easy to drag and drop even on your phone and menus are clear and concise. The Game is a no nonsense card game app and I applaud it for that.

The Game is a single player game with 3 difficulty levels. This is a real strength of this app, even on the lowest difficulty level I have rarely won the game and the highest level is simply fiendish. Along with the base game this app also comes packaged with 2 variations, The Game on Fire and The Game Lift Up. The first of which replaces certain cards in the deck with new ‘on fire’ cards which must be covered up before a new turn can begin, adding a new level of difficulty to the game. The second variation adds points to the game, each card you place on a round will gain you points and by the time you are finished you will have a nice little points tally to add to the leader board. The Game Lift Up severely increased my enjoyment of this app, being able to amass points gave me a sense of achievement lacking in the base game, this is the only way I tend to play The Game now as it much more fits my tastes.

I’ve described games in the past as being toilet games (read my review of Silver to hear more about what I mean) and The Game falls squarely into that category. It’s quick and easy to pick up and play in a couple of minutes and definitely scratches the itch for a card game on the go. However for my sensibilities I’d rather download Ganz Schon Clever and fire that up. With that being said, if you want a fiendishly difficult luck based card game that will leave you angry and frustrated but wanting to try one more time then The Game could be the game for you. 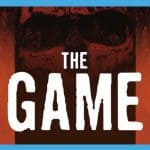